Early Warning Signs That Your Agile Metrics Are Not Set Right! 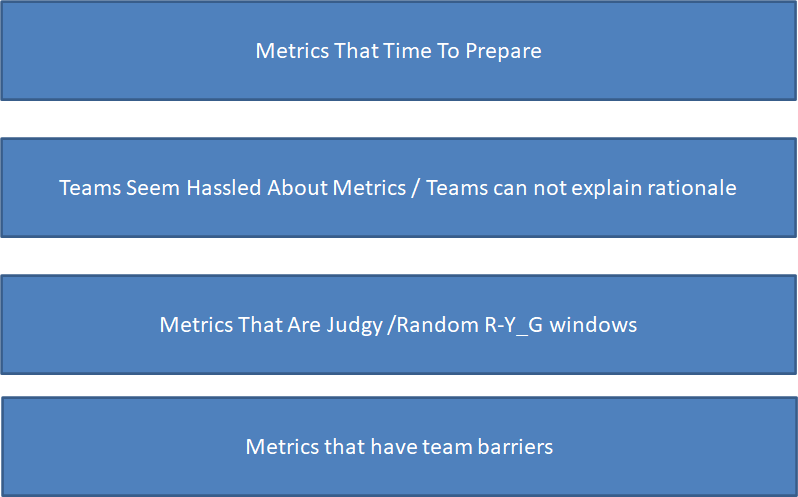 Setting up the metrics that help the Scrum Team can indeed be a very difficult job and, in this article, I want to write about some smells that you may observe. These smells are an early warning system or indications which tell you that your metric friend work needs some tweaking.